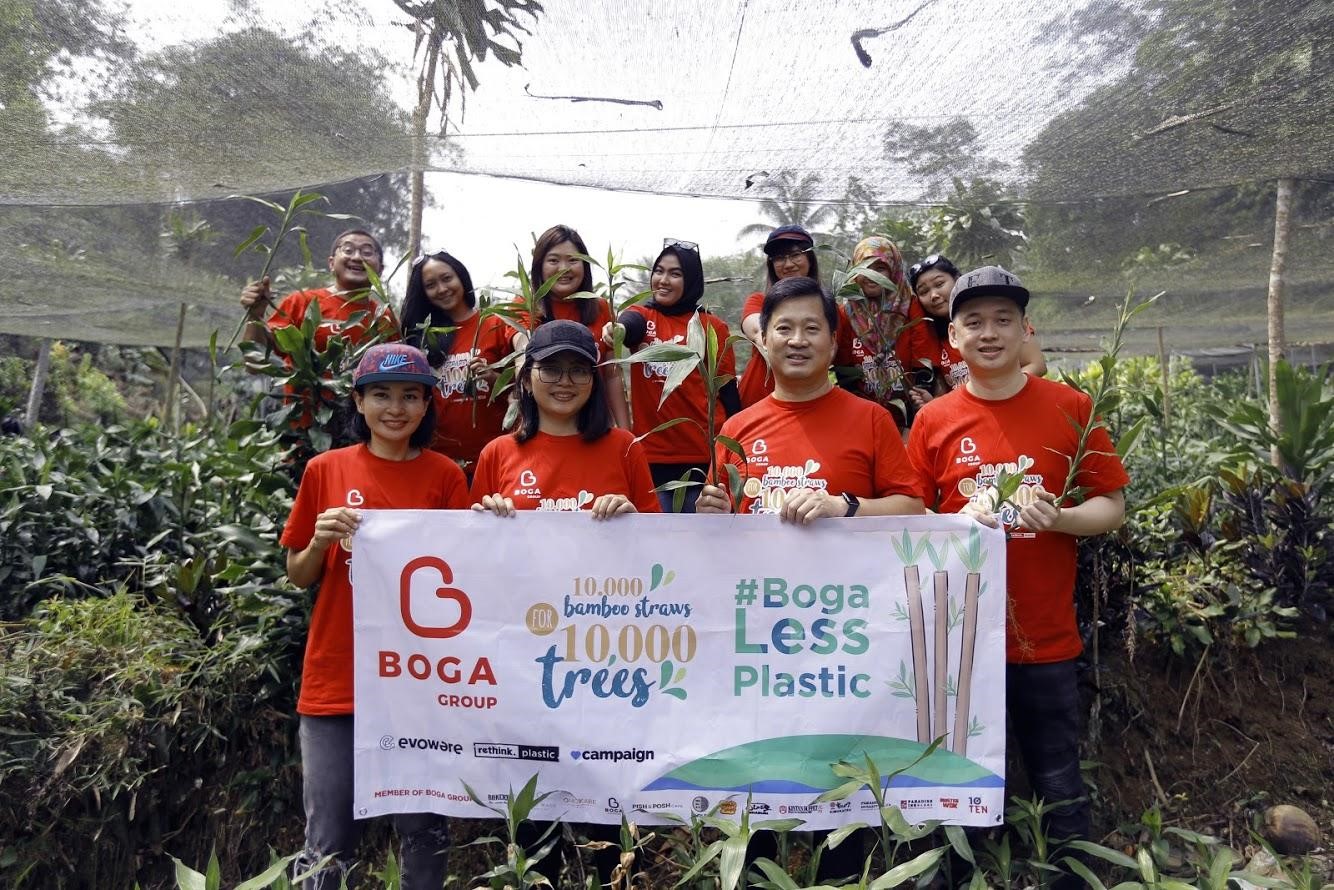 Through our campaign, Rethink Plastic, we collaborated with Boga Group, a culinary group owning 13 restaurant brands with hundreds of outlets all over Indonesia including Bakerzin, Pepper Lunch, Shaburi, and Kintan Buffet, to initiate “10,000 Bamboo Straws for 10,000 Trees” program. We have been provided 10,000 bamboo straws at Boga Group’s outlets and will use the profit to plant 10,000 trees.

As a lead player in the culinary group, Boga Group realises that the culinary industry plays a big role in people’s consumption, including for plastic. Therefore, Boga Group wants to take action in reducing the usage of single use plastics at their outlets by launching #bogalessplastic program and initiating this campaign. Since the beginning of the campaign, Boga Group no longer provides plastic straws to customers unless requested. Instead, Boga Group offers them with reusable bamboo straws as an alternative.

On Friday, August 16th 2019, Boga Group and Rethink Campaign held a press conference at Pepper Lunch Plaza Indonesia to announce the success of this program. From this campaign, Boga Group has reduced 70% of their plastic straw at their outlets and have sold 10,000 bamboo straws. This program also successfully helped Rethink Campaign in reaching 10,000 people to switch their plastic consumption with sustainable alternatives and potentially reduce 3,620,000 plastic straws in a year!

We’d like to congratulate Boga Group for their success and thank the Ministry of Environment and Forestry Indonesia and DKI Jakarta Environmental Agency for the support. This campaign marked the beginning of Boga Group’s commitment to reduce plastic consumption as a business, and we hope #bogalessplastic program will sustain in the future!